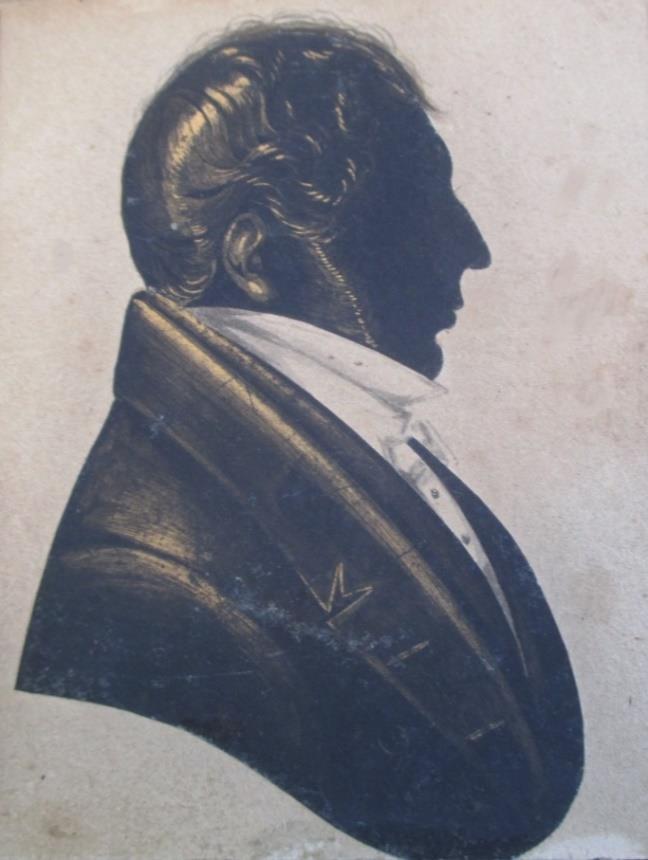 Medals were issued for saving life and school swimming events. The above medal was for the latter. Bronze school medals were given to pupils for ‘practical demonstration of ability to swim to the relief of a drowning person and effect his rescue and resuscitation.’

State schools could apply for one medallion without payment, and private schools could apply for one at a cost of half a guinea. Two certificates could be awarded at these events for a ‘boy and girl’ for the best theoretical knowledge for saving life in the case of drowning, snake bite, choking, sunstroke, bleeding, fainting and apoplexy, on the payment of another contribution.

2
Australian Country Women’s Crafts’ book
The CWA of Victoria was established in 1928 and today has 300 branches and 5,000 members. Each state in Australia has their own CWA with the same aim; helping women and children in rural areas. The national body, CWA of Australia, ceased early this year (2022).

A boom time in collecting and making all things Australiana in 1986. This hard covered book with 112 pages, A4 in size, is beautifully illustrated with many colour plates.

3
Jubilee Celebration Loyalty Despatch Bicycle Courier Seal
As part of Australia’s Jubilee Celebrations in 1951, Hubert Opperman MHR (1904–1996), a former Australian cycling world champion, promoted the scheme of relay cycling from local towns all over Australia to Canberra. All were to reach Canberra ‘about midday 8 May’ 1951. The cyclists would carry messages of goodwill and loyalty to Australia’s capital, while having the seal above attached to their bicycle. These official couriers would collect signed pledges of loyalty from towns and villages en route.

The three main courier cyclists Vic Waltham, L Cecil and J Montgomery rode from Darwin, Cairns and Sale (Victoria) respectively. Upon arrival in Canberra, Sergeant Waltham, a West Australian policeman told the Prime Minister Mr Menzies, that ‘the Central Australian aborigines had over whelmed him with requests to take loyalty messages to the “big fella king”. They wanted to overload me with spears, boomerangs or carved message sticks.’
European migrant children living in Cowra conveyed their loyalty and allegiance to Australia, declaring they had found security and happiness in this their new homeland.

Over 300,000 loyalty messages were collected by the cyclists and were officially handed over to the government. It was claimed ‘that 250,000 courier and escort cyclists rode more than one million miles and collected messages from 5,000 different settlements.’

The messages came from as far as New Guinea, New Zealand and Norfolk Island. New Guinea messages were carried over the Kokoda trail by foot to Port Moresby and then flown to Melbourne.

The arrival was broadcast on radio throughout Australia.

4
WWII Season’s Greetings Card
This wartime seasons greeting card was printed for Australian soldiers at the Front. It avoided potential censorship issues and expressed that the soldiers were thinking of their loved ones back home. This card was funded by the ACF (Australian Comforts Fund), YMCA, Salvation Army and YWCA. The propaganda image depicts troops crossing a river and smiling, indicating that they were in good spirits.

This card was sent by Allen and addressed to his Darling Mum and all the Family.

Similar cards with different scenes were given to servicemen and women during the war years and were funded by the same and other organizations.

Receiving this and similar cards during the Festive Season would have brought joy and comfort to those that received the card. Maintaining morale was highly important during the war years.

Editor’s Note: Has the Australian War Memorial an example of this card? We could not find one listed In the collection online.

5
WWII Hamper Card
In the AWM collection, an Australian Comforts Fund card designed to be sent with a hamper to Australians serving overseas in WWII.

One half of the card is detachable so the recipient can return it to the sender with a message. The card has a message of thanks and encouragement for the recipient and is decorated with drawing of a soldier, a sailor and an airman.

6
Matchbox Holder
At the South Australian Centennial Exhibition held at the Adelaide showgrounds in March 1936 there was a display of mulga wood souvenirs with gold inscription of the State’s celebration. Boomerangs, paper knives, pens, inkstands, and vases were among the favoured designs, the matchbox holder less so.

While there is no maker’s name, it was probably made at The Wiley Woodcrafts Ltd factory in Pulsford Road, Prospect an inner northern suburb of Adelaide.

Albert J. Wiley arrived in South Australia on the Ashmore and shortly after, in 1887 moved into his Pulsford Road home and lived there till his death in 1947.
He ran a woodturning business there from about 1902, and won a medal at the 1924 British Empire Exhibition. By the 1930s Wiley had become a specialist in ornaments, jars, boxes using different types of Australian timbers.

In 1938 he inspired Fred Eaton, camp missionary at Nepabunna, to install lathes at the mission in order to teach woodturning to the Aborigines under his care. Wiley made cricket stumps for the 1947 Test match held at the Adelaide Oval and an artificial leg for an Aboriginal woman.

Other groceries made to David Jones’ exacting standards in 1970 were:

Editor’s Note: For just over 50 years this box has held the owner’s small pieces of crochet work and a selection of crochet hooks.

8
Mary Pumpkin Sweets and Candies
Egan had strong masonic connections and was in the same lodge 820 E C (English Constitution) with the engraver Samuel Clayton. He was very much the social climber and just the sort of person to commission a silhouette of himself.

Was this the ‘likeness in profile, now in the London style’ that Clayton advertised using a much improved and systematic machine? He advertised that the likeness was particularly portable and could be conveyed to relatives or friends anywhere in the world (SG 4 Nov 1820 p 2).

Fernyhough was well known for his portrait silhouettes of Aborigines and Sydney personalities (often with a touch of humour).

Egan was born in Windsor NSW, he worked as a foreman and master boat builder at the government dockyard in Sydney until it closed in 1835. He subsequently became a shipping agent, acquired several vessels and opened a wine and spirit shop in George St.

Marian, with her children Henry and Gertrude from her former marriage, perished in the wreck of the Dunbar at South Head on 20 August 1857. By 1844 he was styling himself as a gentleman, of 103 Hunter Street, later moving to Watsons Bay. He served on the City Council and was Mayor in 1853.

Daniel Egan was elected member of the Legislative Council for the pastoral district of Maneroo (Monaro) in 1854–56 and represented the same seat in the Legislative Assembly in 1856–59 and Eden in 1859–69. He again represented Monaro in 1870. He was Postmaster-General from 27 October 1868 until his death.

He died on 16 October 1870, aged 67, at Watsons Bay. He was buried in the Catholic cemetery at Petersham, causing consternation among zealots who objected to his alleged liaison with a woman. The body was secretly removed but re-interred after a parliamentary enquiry
in 1871.

9
Can You Identify Mystery Object?

A four level restored townhouse built c1832 by Capt. John Nicholson RN in Dawes Point Sydney was visited by members of the Australiana Society in March 2022.

See Australiana Feb 2011, Vol 33 No 1 for an article on the christening mug belonging to Captain Nicholson’s granddaughter.

During excavation of the original basement kitchen and service rooms floor that had been concreted over, long forgotten and often broken objects and parts were unearthed adding another layer to the house’s long history. In the now termed “gloom room” this small ivory or bone object (pre 1860) was discovered by the owners. It partly unscrews and gives the impression there was originally more to the object.

Editor’s Note: If you are able to help identify the object please contact the editor by email at pnj.lane@bigpond.com and he will pass on your thoughts to the owners and publish the results in the next report.

The item bears a later engraving circa 1960 of the arms of Dame Merlyn Myer (nee Baillieu) (1900–1982). Myer impaling Baillieu on a lozenge (indicating she was a widow?), surrounded by the riband and insignia of a Dame Commander (Civil) of the Order of the British Empire.

Dame Merlyn Myer daughter, of George Francis Baillieu and Agnes Sheehan, was an Australian philanthropist notable for her charitable work. In 1920 Dame Merlyn married Melbourne businessman Sidney Myer who established the Myer retail company. They had four children who were all born in America and in 1929 the family returned to Australia. Her husband died in 1934.

Shortly after his death she joined the Board of the Royal Melbourne Hospital, a position she held until 1976. She was a member of the National Council of Australian Red Cross Society, and helped to establish the Sidney Myer Music Bowl in Melbourne.

In 1948 she was appointed an officer of the Order of the British Empire and in 1960 was elevated to Dame Commander.

Call for Australiana Volunteers
We need 10 articles every 2 months
Tell us about your items: humble or valuable
Tell your children you answered the call in the hour of need! Do your Bit

To join the editorial team or submit an item for the VS&T Report, please contact Peter at pnj.lane@bigpond.com 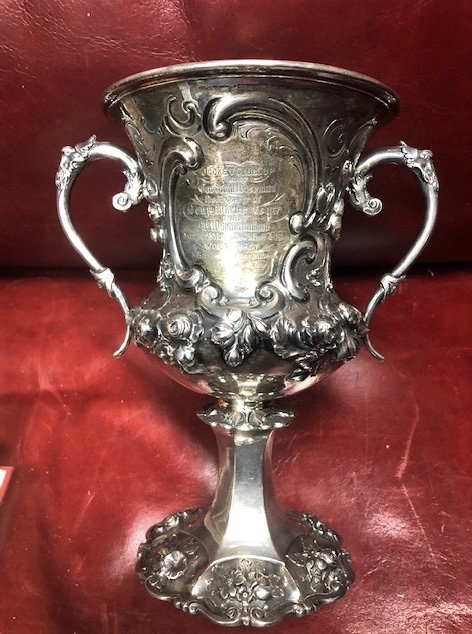 A wonderfully naive chair Made of Eucalyptus. Bo

It’s that time of the year. Please subscribe to

Seasons Greetings Thank you for following us on

A new book on Australian artist and titled, John

Australiana members are enjoying a trip in the Ben

No comments to show.